This page is the starting point for all editors of this Wikia. It lists some of the pages you might like to use as you contribute here.

This is the place to discuss the WikiWorlds project. Add here comments, ideas, suggestions ... whatever you wish to communicate.

This place is here also to form a community of users interested in this project.

Links to projects that use material Edit

Just an idea, it would be cool if you use any material that you download here if you add a link to your project in the model or texture page, something like "this model is used here", it is possible to create a template for this --Argento 14:56, 31 October 2006 (EST)

I think that some plugins or modifications to mediawiki are needed, for example an easy to use upload form with fields that are automatically converted to the wiki language and a navigable category tree.

Number of articles in a category Edit

This is useful to print the number of textures, 3d models, maps, ... in the front page. There is already a feature request for this: wikimedia bugzilla

WikiWorlds needs some screenshots for every level of the original quake 1 maps that are now GPL. The original textures are not gpl but there is a free content high resolution replacement for them. Someone should compile the maps with the high resolution textures and run them with an evolved free quake 1 client to create the screenshots.--Argento 19:13, 7 November 2006 (EST)

Why do you say that? From the FAQ

7. Can I use the textures for commercial as well as non-commercial usage? The textures are made from scratch and are in no way copyrighted. You are completely free to use the textures we make in any way, shape, or form. However if you use these textures in any way, even as a base, you MUST mention the URL and name of this project and our Team in the credits. No exceptions.

For the license or because the textures are too similar to the originals and can be considered a derivative work?--Argento 14:31, 17 November 2006 (UTC)

I am not a lawyer, but I think there are two issues with the textures. First is that even though the textures are created "from scratch" they are still derivative works of the original textures. Second, the "you MUST mention the URL and name of this project and our Team" license imposed is not compatible with the GPL license of the maps released by id. Depending on how you compile the maps (Quake 1 .bsp files have textures inside) you could end up with a .bsp you can't share. Here's an option: e-mail id and ask them to release the Quake 1 map textures under GPL license. You may not get a positive response right away (it took 10 years for the Quake 1 maps to go GPL.) If that works, contact the re-texturing project and ask them to release a GPL copy of their textures. --TheSerpentLord 16:31, 10 August 2007 (UTC)

For the screenshots maybe using an in-game shot is Fair Use? It's not like we are taking pictures of every part of the level, or close-ups that can be used as copies of the textures. Also, what about wireframe views of maps (open the .map or .bsp in an editor and take a screenshot.) They could be used on the maps wiki page to show more information about the map, and a shrunk-down wireframe could be used in place of a screenshot until one becomes available. --TheSerpentLord 16:31, 10 August 2007 (UTC)

Looks fine to me. Maybe wireframes are especially appropriate for the original Quake 1 maps because they don't use free textures. --TheSerpentLord 16:31, 10 August 2007 (UTC)

Here's an idea for incorporating the idea of freedom into a logo: include a character flying. They could be holding a torch or lamp (as in Liberty Enlightening the World.)--TheSerpentLord 15:00, 12 August 2007 (UTC) 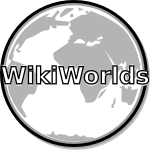 PS: to use it, edit MediaWiki:Monobook.css and put in

Thanks for your work, I replaced the old logo image http://virtualworlds.wikia.com/wiki/Image:Wiki.png with the new one. --Argento 11:47, 17 February 2008 (UTC)

Is this category for the GPL maps from the original Quake 1 by id Software, or for free content maps that have been made for Quake 1 by everyone else? I think we need both categories, but wasn't sure what the category name means. --TheSerpentLord 05:35, 12 August 2007 (UTC)

It's not a good idea after some other thought, the map can be recompiled and used with another engine, maybe Category:Quake 1 gameplay map? It means that the map is done with the Quake 1 style of playing in mind --Argento 16:13, 12 August 2007 (UTC)

I think we should keep the simpler name Category:Quake 1 map for all Quake and Quake engine maps. I'll add the category to some Open Quartz maps and that should make the purpose of the category clear.--TheSerpentLord 14:06, 18 August 2007 (UTC)

Retrieved from "https://virtualworlds.fandom.com/wiki/a_wiki_for_virtual_worlds:Community_Portal?oldid=5440"
Community content is available under CC-BY-SA unless otherwise noted.